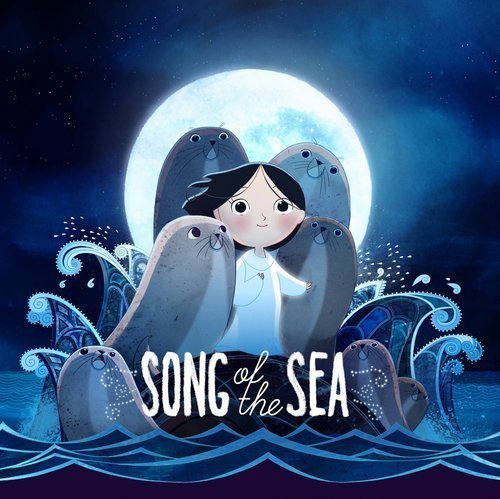 Here is a list of Living Goddess inspired movies suggested by our Awakening Women team. May it serve you well! Please feel free to share this with friends and family.

1. Song of the Sea
The last of a magical race of seals that become human on land, Saoirse and her brother must return to the sea on an adventure that reveals their true nature.

2. The Fountain
A movie about love and mortality in three storylines of characters bonded by love across time and space: a conquistador and his ill-fated queen, a modern-day scientist and his cancer-stricken wife and a traveler immersed in a universal journey alongside aspects of his lost love.

3. Baraka
Filmed in 25 countries on six continents, Baraka is a guided meditation on humanity.

5. Moana
A beautifully inspiring animated movie that takes place in Ancient Polynesia. When a terrible curse incurred by the Demigod Maui reaches Moana’s island, she answers the Ocean’s call to seek out the Demigod to set things right and restore the heart of the Goddess.

6. Whale Rider
A contemporary story of love, rejection and triumph as a young Maori girl fights to fulfill a destiny her grandfather refuses to recognize.

7. Jane
Drawing from National Geographic footage, this movie tells the story of Goodall, a woman whose chimpanzee research challenged the male-dominated scientific consensus of her time and revolutionized our understanding of the natural world.

8. Female Pleasure
This documentary portrays five courageous women breaking the silence and fighting for sexual liberation and autonomy for women, beyond religious rules and cultural barriers.

9. The Tale of Princess Kaguya
Found inside a shining stalk of bamboo by an old bamboo cutter and his wife, a tiny girl grows rapidly into an exquisite young lady. The mysterious and magical young princess enthralls all who encounter her, but ultimately she must confront her fate.

10. Wolf Children
In Tokyo, Japan, college student Hana falls in love with a wolf man, and has two wolf children with him: a daughter, Yuki, and a year later a son, Ame. This is the story of her two half-wolf children, and their journey to be at home in both their wildness and humanity.

11. Avatar
A magical must-see movie about our connection to the Earth. Avatar is the story of an ex-Marine who finds himself thrust into hostilities on an alien planet filled with exotic life forms. As an Avatar, a human mind in an alien body, he finds himself torn between two worlds, in a desperate fight for his own survival and that of the indigenous people.

12. A Wrinkle in Time
A 13 year old girl, Meg, struggles to adjust to both her school and home life ever since her father, Alex, a renowned scientist, mysteriously disappeared while he was studying astrophysics when she was very young. Both Meg and her mother, Kate, believe he solved the question of humanity’s existence and theorized that he was teleported to another world.

13. Griefwalker
A portrait of Stephen Jenkinson, a spiritual activist, teacher, author and ceremonialist who teaches that death empowers us to live, and that we must know grief well in order to appreciate our own lives. Apprenticed to a master storyteller, he has worked extensively with dying people and their families.

14. The Serpent and The Lotus
A short documentary delving into symbols, mythology and ancient knowledge as a way to return to the roots of our forgotten wisdom, and restore the balance between inner and outer; the spiral of change and the stillness at our core.

15. Embrace Of The Serpent
Through parallel story threads set 40 years apart, this absorbing odyssey follows two Western scientists who travel deep into the Amazon jungle looking for a rare plant that possesses healing powers; with enigmatic shaman Karamakate as their guide.